2021, 2020, 2019, 2018 and the 2010's best rated lgbt / gay movies out on DVD, Bluray or streaming on VOD (Netflix, Amazon Prime, Hulu, Disney+ & More).
Related: Best new Erotic movies in 2022 & 2021 (Netflix, Prime, Hulu & Cinema List) Defining movies as ‘LGBT’ or ‘gay-themed’ is in fact a bit stupid, as it has nothing to do with a genre at all. But since everyone’s doing it… these are the most interesting, gripping, funny movies that are in some way ‘gay-themed’. When French gay thriller L’inconnu du Lac was released in Dutch cinemas it made me come up with a list of the best LGBT films I’ve seen this decade. L’inconnu du Lac received much critical acclaim ( also by other The Filmtransition staff members), which surprised me, to say the least: it’s likely one the most overrated (rest of and dull films I have seen in a while. What surprised me even more was that it didn’t stir up any controversy when it was first shown at the Cannes festival last year. It lurked in the shadow of La Vie d’Adele, which shook the earth by showing a tumultuous lesbian love affair in all its aspects. Two French queer films, albeit totally different from one another, which gained quite some attention and praise. The former an instant classic, the latter a drag. Well, here’s a short overview of personal favorites within gay cinema of the 2010’s, followed by some anticipated LGBT-themed films in 2016. 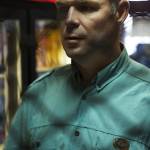