2021, 2020, 2019, 2018 and the 2010's best rated Russian movies out on DVD, Bluray or streaming on VOD (Netflix, Amazon Prime, Hulu, Disney+ & More).
- Best Russian TV Series out in 2022 & 2021 on Netflix & on TV Related: Best new Polish Movies in 2022 & 2021 (Netflix, Prime, Hulu & Cinema List) Like Russian literature, Russian cinema is enormously rich. What are the Eisensteins and Tarkovsky’s of our time? Check out below! According to some Russia is returning to its Soviet ways. Putin’s foreign policy shocks and paralyzes Western politicians.Recently adopted laws silence dissenting voices within Russian borders (‘no more swearing everyone, and don’t dare being gay!’). Fortunately, it's cultural productions are nothing like it. Andrey Zvyagintsev breaks away from Russian films performing badly, and reminds us of Russia’ incredibly rich film history. Zvyagintsev is by no means a new face circulating the international film festival circuit, and seems to be the sole successor of Russian genius filmmakers like Tarkovsky and Eisenstein. Similarly innovative and eccentric, his films make up the majority of this list laying down the recent best Russian films up to 2016 & 2017. Because that is what this article is about, examining the very best Russian films of the last few years. It is about time to understand the country we seem unable to wrap our heads around. About time to understand a country that will be dictating much of what will be happening in the upcoming years. 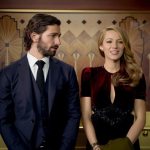 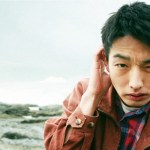