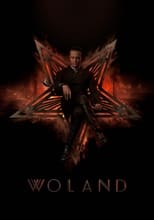 Director CastYuliya Snigir, Daniil Steklov & August DiehlRelease Jan 1st, 1970 The plot of the film develops in Moscow in the 1930s. A famous writer on the rise of his career suddenly finds himself at the center of a literary scandal. The play based on his play is removed from the repertoire, colleagues defiantly avoid meeting, in a matter of days he turns into an outcast. Soon after, he meets Margarita, who becomes his lover and muse. Inspired by her love and support, the...

Where can you stream Woland: Not yet streaming online DVD/Bluray via Amazon