2021, 2020, 2019 & the 2010's best rated gangster TV series out on DVD, Bluray or streaming on VOD (Netflix, Amazon Prime & Hulu).
Gangster tales mostly come from the United States, but Peaky Blinders showed us that they don’t have to in order to be good. Below you’ll find a list with the recent essentials.
This article is about the (mainly British and American) best mafia and gangster tv shows of the 10’s including the new gangster series of 2019/2020. They are far from perfect, and definitely cannot compete with was on the telly before 2010, but they will do.
Before I get there, I will expound on the gangster genre, but first allow me to apologize for using the word ‘cool’ in relation to mobster/gangster tv shows, or in relation to anything else for that matter. Only 24 years old, but I am already hopelessly out of touch with the proper slang, and that makes me, quite frankly, rather happy. But still, I feel the word ‘cool’ really does justice to the qualities a gangster series must possess. Just as with gangster films, even in 2015 with for instance Martin Scorsese’s American white collar crime version of the Italian mafia tale Goodfellas, The Wolf of Wall Street, it is clear that when it comes to the gangster or mafia genre simply making good film or series will not suffice. In the same vein as that horrors need to send shivers down your spine or disturb you immensely, good gangster tv shows ought to ooze coolness.
The best series might be incredible, let’s say, in terms of screenplay, mise-en-scene and acting, but if it ain’t cool it won’t fly – then it’s just a crime drama. Robert de Niro feeling gangster in the seventies 'Taxi Driver' In this sense, even with the best gangster series or films, achieving actual enjoyment requires a bit of a suspension of good taste on the part of the viewer. Because of the very subject matter, the filmmakers play into a rather childish sentiment – remember your own childhood Robert de Niro Taxi Driver (1976) moment? For me, I experienced the admiration for the silent coolness of gangsters and mafiosi when I was 12 and watched this bar fight scene with Chazz Palmenteri in A Bronx Tale (1993). I must confess I am almost embarrassed to share this scene, but I feel the moment Palmentiri says ‘Now yous can’t leave’ is quite exemplary of what I am trying to say about cool gangsters. But still, some filmmakers know just how to evoke this feeling again, even in you are in your fifties. Tarantino, Scorsese and Coppola know just how this works.
But here is where gangster tv shows can really make the difference, and have been making the difference. I’m not claiming that there are no films that have not turned the gangster genre upside down, but the amount of time television series have available for character development and in-depth psychological investigations into the man behind the gangster, give it the tools to take it to the next level. Here I have listed the best new Gangster tv shows of 2017 and for 2018 and of the rest of 10’s. And I will solely focus on tv shows also from the point of view of gangsters, not only of the policemen or detectives.
Unfortunately, my in-depth investigation into the modern gangsters seems to find that unlike last decade’s shows like The Sopranos (HBO 1999-2007), The Wire (HBO 2002-2008), The Shield (FX 2002-2008), the French Braquo (2009 – showing the gangster-like quality of corrupt cops), Sons of Anarchy (FX 2008 -) and of course the ground-breaking AMC’s Breaking Bad (2009-2013), the new shows in 2010’s up to 2018 are rather conservative or exaggerate the required coolness, making it very uncool. These new gangster tv shows make the mistake of being out to immediately impress with tough or suave gangsters without supplying the essential dramatic quality. These tv makers forget that a character is doubly frightening if you can see him as a troubled, scared young boy, but also as a terrifying ruthless mafioso willing to murder his best friends if need be, like Tony Soprano. I was hoping for a show like HBO’s 2014 True Detective. What this show is doing to stretch the detective genre, should also be done for gangster television.What also could be interesting would be a Tarantino Reservoir Dogs (1992) style tv series, or a show in the style and content of a Mean Streets (1973).
Ok, I admit that so far I have been rather negative of tone. I am sorry about that, but it’s difficult to hide my disappointment. There are a few pretty good foreign gangster series, like in Europe, the Dutch show Penoza (2010-) or the Norwegian gangster show Lilyhammer (2012- an unofficial Soprano spin-off). I have not heard of anything about Asian gangster tv shows, anything further than the American noir detective Serangoon Road (2013) set in Singapore (so please let me know if I am missing something, same goes for shows from Latin-America). There have been quite a few decent American gangster tv shows, like Magic City (2012) about Miami mobsters in the 1950’s, but it just doesn’t cut it. 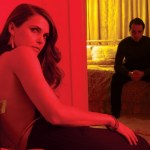 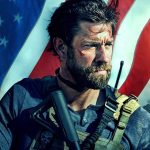