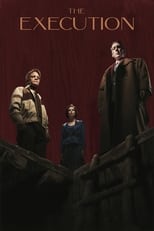 Director Lado Kvataniya CastNiko Tavadze, Daniil Spivakovskiy & Yuliya SnigirRelease Apr 21st, 2022 For more than 10 years, Russian police forces have tried to stop the country’s smartest and most wanted serial killer. But even when he gets caught, nobody can prove his guilt. As the manhunt intensifies, the investigation grows increasingly personal between the detective and the suspect.
The Execution is directed by Lado Kvataniya and was released on Apr 21st, 2022.

Where can you stream The Execution: Not yet streaming online