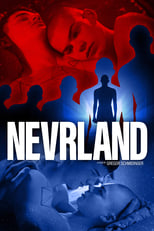 Director Gregor Schmidinger CastSimon Frühwirth, Josef Hader & Wolfgang HübschRelease Mar 24th, 2020 Synopsis Nevrland is an Austrian feature film directed by Gregor Schmidinger, released in 2019 starring Simon Frühwirth and Paul Forman in the lead roles. The movie is about a teenager named Jakob (Frühwirth) who meets Kristjan (Forman) online in a sex cam chat. What happens next is an unexpected chain of events. The film premier was in January 2019 as part of the film festival for the Max Ophüls Prize, where it won the Prize of the Youth Jury. Frühwirth was also honored as Best Newcomer. It was also entered in the 2019 BFI Flare: London LGBT Film Festival and 2019 TLVFest. Nevrland is directed by Gregor Schmidinger and was released on Mar 24th, 2020.

Where can you stream Nevrland: Not yet streaming online DVD/Bluray via Amazon