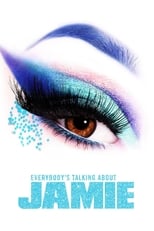 Director Jonathan Butterell CastMax Harwood, Richard E. Grant & Charlotte SaltRelease Oct 23rd, 2020 Synopsis Max Harwood stars as Jamie New in the musical drama film, Everybody’s Talking about Jamie. From the screenplay of Tom MacRae and Dan Gillespie Sells, Jonathan Butterell presents his directorial debut. MacRae and Gillespie adapted the script from the musical they wrote of the same name. Richard E. Grant, Sharon Horgan, Sarah Lancashire, and Shobna Gulati complete the principal cast, along with Harwood. Regency Enterprises, Film4 Productions, Warp Films, and New Regency produce the film and 20th Century Studios is set to distribute the film. The production will be shown in the US on October 23, 2020. Everybody’s Talking About Jamie is directed by Jonathan Butterell and will premiere on Oct 23rd, 2020.

Where can you stream Everybody’s Talking About Jamie: Not yet streaming online