I Carry You With Me 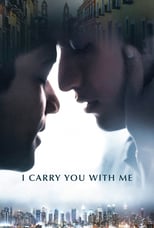 Where can you stream I Carry You With Me: Not yet streaming online

Director Heidi Ewing's Drama movie I Carry You With Me is produced by Black Bear Pictures & Loki Films & was released 2020-01-26.
Costs: $0 Box Office Results: $0 Length/Runtime: 111 min
We Are Freestyle Love Supreme
The Last Thing He Wanted