2021, 2020, 2019, 2018 and the 2010's best rated French movies out on DVD, Bluray or streaming on VOD (Netflix, Amazon Prime, Hulu, Disney+ & More).
- Best French TV Series out in 2022 & 2021 on Netflix & on TV Related: Best new German Movies in 2022 & 2021 (Netflix, Prime, Hulu & Cinema List) The country where cinema was born… the biggest and most important film industry of Europe. Where to start? An impossible task, but we somehow managed to compose a list of the best French movies. Definitely not exhaustive! Breaking down the best French films of 2014, and the new French films for 2015 proved to be one hell of a job. 2012 was already an excellent year for French cinema with Rust & Bone, Holy Motors and Dans La Maison, 2013 blew us away with modern classics like La Vie d’Adele.

I do not think that in the last decade I have been able to put together such a hugely diverse list consisting of 8 French films that each are masterpieces in their own right. 2013’s list gives the French cinephile more than he could ever hope for – it has romance, comedy, thrillers, but mainly interpersonal dramas revolving around themes such as sexuality & lust (in six out of the eight films our desires of the flesh are recurrent themes). 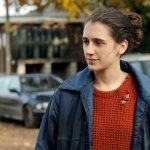 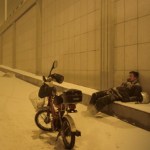