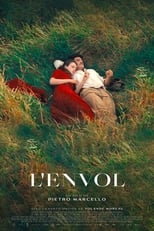 Director Pietro Marcello CastRaphaël Thiéry, Juliette Jouan & Louis GarrelRelease TBA In northern France, Juliette grows up alone with her father, Raphaël, a veteran of the First World War. Passionate about singing and music, one summer the lonely young girl meets a magician who promises that scarlet sails will one day take her away from her village.
Scarlet is directed by Pietro Marcello and was released on TBA.

Where can you stream Scarlet: Not yet streaming online