New Uruguayan movies in 2022 in Cinema & on VOD

2021, 2020, 2019, 2018 and the 2010's best rated Uruguayan movies out on DVD, Bluray or streaming on VOD (Netflix, Amazon Prime, Hulu, Disney+ & More).
Related: Best new Paraguayan Movies in 2022 & 2021 (Netflix, Prime, Hulu & Cinema List) Uruguay is a modest country in size. Its film production is modest in quantity too and yet there is a handfull of real gems. Please take a look at our favorite Uruguayan movies. It’s easy to overlook Uruguay, locked in between giants Brazil and Argentina. The small country has been coined both Latin America’s Switzerland as Latin America’s old folks home. But it’s not as dreary as these monikers might suggest. Taking the country’s moderate size (approx. 3 million inhabitants) into account, it has a relatively flourishing film industry, and an interesting one too. In the early 2000’s, something like a New Uruguayan Cinema began to take shape, which gained international attention. Its success culminated with Juan Pablo Rebella and Pablo Stoll winning the Prix du Regard Original Award at the Cannes Festival for Whisky (2003). Ever since, the Uruguayan film industry produces about four films a year, which is not bad at all. What follows is a short list of must-see Uruguay films, in no particular but chronological order. 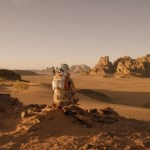 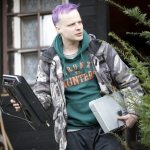