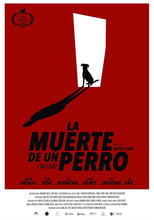 Director Matías Ganz CastGuillermo Arengo, Pelusa Vidal & Soledad GilmetRelease Nov 11th, 2021 Synopsis A Dog’s Death (Spanish title: La Muerte de un Perro) is written and directed by Matias Ganz.
The film’s cast is led by Guillermo Arengo, Pelusa Vidal, Ruth Sandoval, Soledad Gilmet, and Lalo Rotaveria. This comedy-drama was screened at the Black Knights’ First Feature Competition in November 2019 and is set to be released in the US in January 2020. The film is produced by Le Tiro Cine, Les Valseurs, and Nadador Cine and is distributed in Argentina, Uruguay and France. This is Ganz’s first feature film.
A Dog’s Death is directed by Matías Ganz and was released on Nov 11th, 2021.

Where can you stream A Dog’s Death: Not yet streaming online