2021, 2020, 2019, 2018 and the 2010's best rated boxing movies out on DVD, Bluray or streaming on VOD (Netflix, Amazon Prime, Hulu, Disney+ & More).
Related: Best new action movies in 2022 & 2021 (Netflix, Prime, Hulu & Cinema List) Every once in a while a great new boxing film surfaces. It's no longer merely the old nostalgia of the 70's and 80's (Raging Bull, Rocky), but the genre is revived with fresh faces, and is placed in a more modern context. Popular young actors reach stardom playing troubled characters that overcome themselves by going for the victory in the ring. It are stories of discipline, determination, courage and sportsmanship. In other words, stories that are universal and of all times. Recently there has been an influx of movies like this with Southpaw, Creed and the 2017 Bleed for this with Mike Teller.
PreviousPreviousNextNext 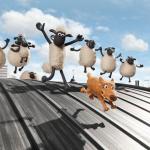 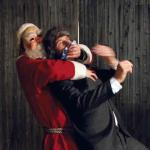