List of the latest kids movies in 2022 and the best kids movies of 2021 & the 2010's. Top kids movies to watch on Netflix, Hulu, Amazon Prime, Disney+ & other Streaming services, out on DVD/Blu-ray or in cinema's right now.

2021, 2020, 2019, 2018 and the 2010's best rated kids movies out on DVD, Bluray or streaming on VOD (Netflix, Amazon Prime, Hulu, Disney+ & More).
Related: Best new Feel-Good movies in 2022 & 2021 (Netflix, Prime, Hulu & Cinema List) All the marketeers in the world know that the kids market is an incredibly interesting one. And they have gotten darn good at finding ways to crawl into the minds of children in the most imaginative ways possible. We would not say this is a very good thing. But quite often, giving kids what they want, can work out wonderfully. Because at the end of the day, kids also want to see sincere movies that feel like magic. We have gathered the greatest ones here.
PreviousPreviousNextNext 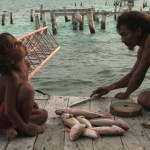 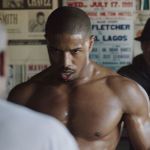