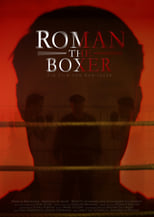 Director Ron Jäger CastMarius Rohmann, Andreas Klinger & Moritz LehmannRelease Oct 25th, 2020 Haunted by the ghosts of his past and his angst of his future Roman is determined to prove himself as a boxer. For this dream he is willing to give up on everything: his friends, his health, even his own self.
Roman the Boxer is directed by Ron Jäger and was released on Oct 25th, 2020.

Where can you stream Roman the Boxer: Not yet streaming online