New Australian movies in 2022 in Cinema & on VOD

2021, 2020, 2019, 2018 and the 2010's best rated Australian movies out on DVD, Bluray or streaming on VOD (Netflix, Amazon Prime, Hulu, Disney+ & More).
Related: Best new British Movies in 2022 & 2021 (Netflix, Prime, Hulu & Cinema List) Thinking of Australian cinema, successful franchises like Mad Max and Crocodile Dundee come to mind first. But Down Under has so much more to offer! For many people, Crocodile Dundee and Mad Max is probably all that comes to mind when they think of what Australian cinema brought about. It’s true though; you won’t see that many memorable Australian films in your local cinema. Not that there’s a lack of talent. Quite the contrary. When it comes to actors, Australia has its fair share of stars who made it in Hollywood. Mia Wasikowska (who seems to appear in almost every film nowadays), Cate Blanchett, Heath Ledger, Guy Pearce, Russel Crowe and Nicole Kidman are just a few names that come to mind.

Now of course there are plenty interesting Australian films. There is a reason why these actors ended up in Tinseltown. When I visited the International Film Festival in Ghent, Belgium last year, I noticed that a considerable amount of films from Down Under were shown. Australian cinema is alive and always has been. A nice occasion to sum up the highlights of the last couple of years. 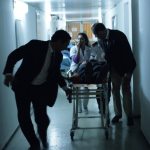 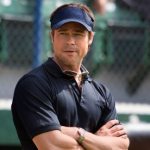