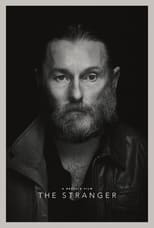 Director Thomas M. Wright CastJoel Edgerton, Sean Harris & Jada AlbertsRelease May 20th, 2022 Two men who meet on a bus and strike up a conversation that turns into friendship. For Henry Teague, worn down by a lifetime of physical labour and crime, this is a dream come true.
The Stranger is directed by Thomas M. Wright and was released on May 20th, 2022.

Where can you stream The Stranger: Not yet streaming online