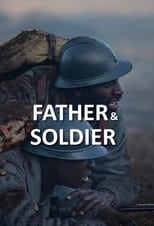 Director Mathieu Vadepied CastOmar Sy, Alassane Diong & Jonas BloquetRelease May 18th, 2022 1917. Bakary Diallo enlists in the French army to join his 17-year-old son, Thierno, who has been forcibly recruited. Sent to the front, they will have to face the war together. While Thierno learns to become a man, Bakary will do everything to bring him back safely.
Father & Soldier is directed by Mathieu Vadepied and was released on May 18th, 2022.

Where can you stream Father & Soldier: Not yet streaming online