2021, 2020, 2019 & the 2010's best rated comedy TV series out on DVD, Bluray or streaming on VOD (Netflix, Amazon Prime & Hulu).
Comedy doesn’t seem to get old. Sitcoms stay sitcoms, but the genre has grown into an interesting one thanks to series like Nurse Jackie, Louie and Togetherness. Hooray for comedy.
American comedy series may have a long, diverse and interesting history, but the modern connotation anno 2014 is not a very good one. It is primarily associated with pre-baked, predictable dialogues, hideous laugh tracks, flat archetypical characters and stories that will surprise nor entertain the slightest bit. Cheers, Married with Children and King of the Hill may bring about warm memories, but once taste buds have succumbed to a slightly higher standard many viewers leave behind the genre, probably forever. 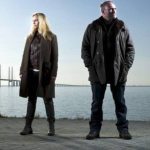 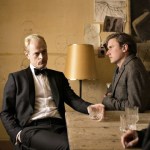