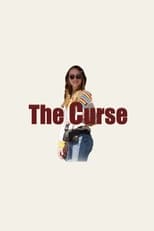 CreatorBenny SafdieCastEmma Stone, Nathan Fielder & Benny SafdieNetwork Showtime Air Date TBA A genre-bending scripted comedy that explores how an alleged curse disturbs the relationship of a newly married couple as they try to conceive a child while co-starring on their problematic new HGTV show.

Where can you stream The curse? DVD/Bluray via Amazon