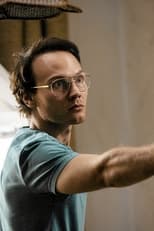 CreatorPetri KotwicaCastElias Salonen, Eero Milonoff & Jussi VatanenNetwork Ruutu Air Date Jan 6th, 2023 Just three years earlier, Ilpo Larha was an ordinary taxi driver who had just met the love of his life. A fascination with danger prompts the young man to try his hand at driving a getaway car and a criminal career takes off. A couple of years later, he escapes from prison after being sentenced to life imprisonment for a contract murder, leading to a 55-hour siege.

Where can you stream Piiritys? DVD/Bluray via Amazon