List of the latest Irish movies in 2022 and the best Irish movies of 2021 & the 2010's. Top Irish movies to watch on Netflix, Hulu, Amazon Prime, Disney+ & other Streaming services, out on DVD/Blu-ray or in cinema's right now.

2021, 2020, 2019, 2018 and the 2010's best rated Irish movies out on DVD, Bluray or streaming on VOD (Netflix, Amazon Prime, Hulu, Disney+ & More).
Related: Best new Australian Movies in 2022 & 2021 (Netflix, Prime, Hulu & Cinema List) Ireland might be a small country, but its national cinema is pretty great nontheless. Check out below which recent Irish movies we liked the best. The amount of people worldwide who claim to be of Irish descent is amazing. Have you ever read an actors’ bio on IMDb.com which doesn’t state he or she is Irish? Americans are fascinated with Irish people and the mark they left on modern history and popular culture. Hollywood produced a notable amount of ‘Irish-themed’ classics: Scorsese’s violent paddy mob films Gangs of New York and The Departed, Troy Duffy’s one hit wonder Boondock Saints and the abysmal P.S. I Love You to name a few. But what about the Emerald Isle’s own film industry? Almost the entire Game of Thrones cast is Irish, so they sure have to offer something. What follows is a list of my favorite Irish movies of 2010 to 2015. And when I say Irish, I really mean Irish. So no American Irish-themed films in this one. 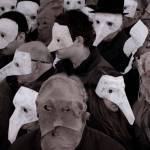 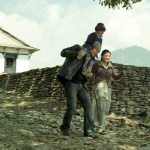