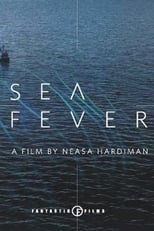 Director Neasa Hardiman CastConnie Nielsen, Hermione Corfield & Dougray ScottRelease Sep 22nd, 2019 Synopsis This Irish sci-fi thriller focuses on the ordeal faced by the crew of a fishing trawler in West of Ireland. The crew is stranded at sea but that is the least of their worries. They are also battling for survival against a parasite that is found in their water supply and has probably affected them. The film is directed by Neasa Hardiman and stars Hollywood actress Connie Nielsen who replaced Toni Collette originally cast. She plays Siobhan, the unlikely heroine. Also cast are Dougray Scott and Hermione Corfield. The film was also shown at the 2019 Toronto International Film Festival. Sea Fever is directed by Neasa Hardiman and was released on Sep 22nd, 2019.

Where can you stream Sea Fever: Not yet streaming online