New adventure movies in 2022 in Cinema & on VOD

2021, 2020, 2019, 2018 and the 2010's best rated adventure movies out on DVD, Bluray or streaming on VOD (Netflix, Amazon Prime, Hulu, Disney+ & More).
Related: Best new action movies in 2022 & 2021 (Netflix, Prime, Hulu & Cinema List) For Hollywood, adventure films have always been a stable source of income. Inevitably connected with high expenses, these big-budget projects, shot on exotic locations with excessive decor and special effects, feel like risky business ventures. But the fact of the matter is, is that when marketed correctly you can hardly go wrong. If there is insufficient box office revenue, you are sure to make up for it with merchandise and whatnot. As long as you are able to reach a very large audience. And this is where it gets difficult when making foreign language adventure films (read non-english films). Most countries are simply to small. This has become particularly evident when you look at the most recent foreign adventure flicks. A great case in point is the Norwegian adventure feature film Kon-Tiki (2012) which was commercially successful worldwide. Norway is tiny with about 5 million people, but it reached audiences globally because it was filmed in both in Norwegian and English. And the 2014 Russian adventure film Viy 3D is spoken entirely in English. Norway is a bit of the exception, as it are especially foreign countries with high population numbers we need to be looking at hoping for big productions. Countries like France, Germany, Spain (with South-America as its Spanish-language market) Russia, China, Japan, Brazil, and a few more. So what is out there for adventure fans? When we go back in history to look at the best foreign adventure films of all time, you will find that they were exceptionally exotic, romantic and captivating. Of course, films spring to mind like German director Werner Herzog’s Fitzcarraldo (1983) and Aguirre: Wrath of God (1972), France’s master filmmaker Jean Renoir’s Grand Illusion (1937), or the Japanese films by Kurosawa, mainly The Hidden Fortress (1958). And then of course, you have British adventure films like Lawrence of Arabia (1962) (and a large number of other British empire films). I can already tell you that such masterpieces were not produced in the 2010’s. Where the above films were original pieces, the filmmakers of the latest adventure flicks (especially the French director Luc Besson) tend to simply imitate the Hollywood adventure formula, but usually do not quite get it under their belt. Actually, high-brow film lovers best look away now, as this article will represent a terribly commercial list with films that are not great, but are unmistakably brave attempts at a difficult genre 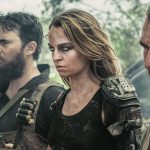 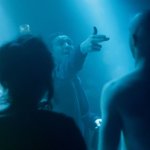