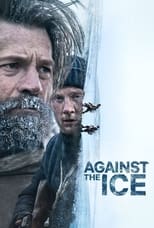 Director Peter Flinth CastNikolaj Coster-Waldau, Joe Cole & Charles DanceRelease Mar 2nd, 2022 In 1909, two explorers fight to survive after they're left behind while on a Denmark expedition in ice-covered Greenland.
Against the Ice is directed by Peter Flinth and was released on Mar 2nd, 2022.

Where can you stream Against the Ice: Not yet streaming online DVD/Bluray via Amazon