2021, 2020, 2019 & the 2010's best rated action TV series out on DVD, Bluray or streaming on VOD (Netflix, Amazon Prime & Hulu).
Muscular tough guys blazing guns or swinging axes are not a guilty pleasure anymore. Since the beginning of 00’s, action shows have added more story to their mix, which has made the genre a valuable keeper.
PreviousPreviousNextNext 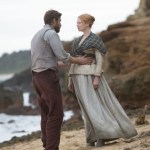