Some issues are almost too precarious to depict. Right now, transgender coming-of-drama Three Generations is finally about to get released in the U.S., but that didn’t happen without a fight.  As was the case with previous films about transgenders, the makers of the film got blamed for the fact that its central character (Elle Fanning) is a cisgender actress.  It is true that there is still a lot of work to do. Like whitewashing, there’s obviously a fair amount of ‘genderwashing’ going on in the film industry too.

But that doesn’t necessarily mean that Three Generations is a bad film or that it doesn’t do justice to the delicate topic. Scroll down to read about the five films (from all over the globe) from this decade so far that, in my humble opinion, dealt with (trans-)gender matters in the funniest, sincerest or most truthful ways. Enjoy! Oh, and while you’re at it, you might be interested in our favorite LGBT films of the decade too.

French director/writer Céline Sciamma absolutely excels at telling honest and soulful stories about teenagers struggling with their sexual identity. She might even be one of our favorite French directors.  Of her three feature films so far, 2011’s Tomboy is probably the most moving. The story of a 10 year old girl who, after she just moved somewhere else during a hot summer, decides to present herself as a boy, is spot-on. In someone else’s hands, this film might have become a tad ponderous, but thanks to Sciamma’s elegant directing (and newcomer Zoé Héran’s impressive acting), Tomboy is as innocent and featherlight a story like this deserves to be.

When Tangerine hit the theaters, critics and audiences alike all lauded its unique aesthetics. The film, which costed only a few thousand dollar to produce, was shot entirely on an I-Phone (and still looked flashy) and none of its actors were professionals. But the film is so much more than simply a gimmick. The story of two Los Angeles transgender prostitutes chasing after their unfaithful pimp during a sunny Christmas night, is both very funny and very moving. A film that bursts with life.

Filmed over the course of a year, 52 Tuesdays is a unique coming-of-drama about a teenage girl whose mother decides to become a man. During the process of her gender transition, the girl has to live with her father again, and is only permitted to see her mother every Tuesday. She slowly has to get used to the new situation, while at the same time finding her own sexual path. Using non-professional actors only (Del Herbert-Jane, who plays Jane/James actually went through this), 52 Tuesdays is a unique project that maybe could best be understood as Boyhood’s transgender counterpart.

Rana, a conservative woman from Teheran, Iran, is forced to drive a cab to make ends meet financially. One day, the free-spirited Adineh gets in. She wants to flee her family and travel to Germany, where the required surgery can be done to change her sex. Along the way, the women obviously clash, which leads to a ton of unforgettable scenes. Facing Mirrors was the first Iranian film (and still is) to feature a transgender character.

At the age of 19, French-Canadian director/actor/writer Xavier Dolan was hailed as the new prodigy of (queer) cinema with a heartbreaking account of a young gay teenager’s troubled relationship with his mother. I Killed My Mother was in many ways an impressive debut. But it wasn’t until his third film Laurence Anyways came out that the wunderkind fully realized his potential. Running for almost 3 hours, it is a sprawling epic about the hardships that fell upon a literature professor when he decides he wants to continue his life as a woman. Beautifully shot and backed by a brilliant soundtrack, Dolan lets the viewer become part of a heart-aching process. 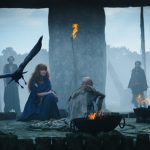 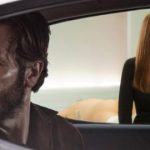 The (almost) definitive 2016 round-up: 23 movies that truly stood out this year