2021, 2020, 2019 & the 2010's best rated Russian TV series out on DVD, Bluray or streaming on VOD (Netflix, Amazon Prime & Hulu).
Russia has an impressive art house industry, but not as much is known of their national television. Here is what we know about Russian tv series.
Cinephiles know that Russia is a force to be reckoned with: Russian directors since long have been responsable for astonishing contributions to the world of cinema. In the world of television, there are some gems to be discoverd too. Below, our pick of the best Russian TV series. 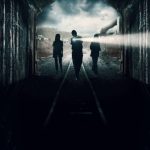