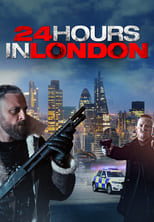 Director Paul Knight CastKris Johnson, Fiona Skinner & Marc BannermanRelease Jan 13th, 2020 Synopsis Paul Knight writes and directs the action crime thriller, 24 Little Hours. It is topbilled by Kris Johnson, Fiona Skinner, and Marc Bannerman. It was released on January 13, 2020 in the US, the UK, Canada, and Australia. Glass completed filming in 15 various locations and set-ups in Essex in just 8 days. Velox Productions and London Knights Productions are the production companies behind the thriller. Distribution rights were acquired by Amity Films and High Fliers Films. 24 Little Hours is directed by Paul Knight and was released on Jan 13th, 2020.

Where can you stream 24 Little Hours: