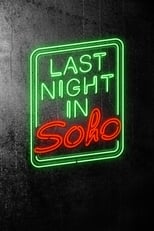 Where can you stream Last Night in Soho: Not yet streaming online