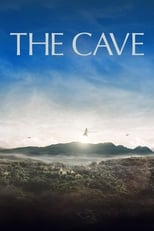 Director Tom Waller CastRon Smoorenburg, Kelly B. Jones & Lawrence de StefanoRelease Nov 21st, 2019 Synopsis De Warrenne Pictures and Salty Pictures produced the film based on the Than Luang cave rescue in June to July 2018 in Thailand. Tom Waller takes on the directorial task, as well as writing the screenplay of the movie called The Cave. It stars Jim Warny, Ekawat Niratvorapanya, Tan Xiaolong, James Edward Holley, Nirit Sirichanya, Bobby Gerrits, and Ross Cane. It premiered at the Busan International Film Festival in October 2019 and was released theatrically in Thailand on November 21, 2019. It was also screened at the Vancouver International Film Festival and the BFI London Film Festival.
The Cave is directed by Tom Waller and was released on Nov 21st, 2019.

Where can you stream The Cave: Not yet streaming online DVD/Bluray via Amazon