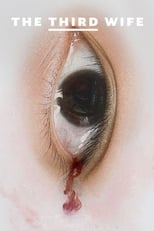 Director Ash Mayfair CastNguyễn Phương Trà My, Trần Nữ Yên Khê & Lê Vũ LongRelease May 15th, 2019 Synopsis Ash Mayfair offers a drama in her directorial debut. Entitled The Third Wife, this Vietnamese drama is produced by Mayfair Pictures, An Nam Productions, and Three Colors Productions. It stars Tran Nu Yen Khe, Nguyen Phuong Tra My, Mai Thing Huong, Le Vu Long, and Nguyen Nhu Quynh. Mayfair also writes the story of this drama. When it was screened at the Toronto International Film Festival in September 2018, it bagged the Network for the Promotion of Asian Cinema award. It also took home the TVE-Another Look Award from the San Sebastian International Film Festival and the Gold Hugo for New Directors from the Chicago International Film Festival. It also got nominations from the 35th Independent Spirit Awards, for Best Cinematography, Best Editing, and Someone to Watch Award. The film only enjoyed a short theatrical run in Vietnam when complaints were submitted about allowing lead actress Tra My to have sex scenes. She was only 13 years old at the time.
The Third Wife is directed by Ash Mayfair and was released on May 15th, 2019.

Where can you stream The Third Wife: