List of the latest Thai movies in 2022 and the best Thai movies of 2021 & the 2010's. Top Thai movies to watch on Netflix, Hulu, Amazon Prime, Disney+ & other Streaming services, out on DVD/Blu-ray or in cinema's right now.

2021, 2020, 2019, 2018 and the 2010's best rated Thai movies out on DVD, Bluray or streaming on VOD (Netflix, Amazon Prime, Hulu, Disney+ & More).
Related: Best new Indonesian/Bahasa Movies in 2022 & 2021 (Netflix, Prime, Hulu & Cinema List) Thai Cinema is probably best known for director Weerasethekul Apichatpong. If anything, he is proof of the abolute unique character of the cinema of Thailand. Please make sure you’ll watch some other gems too! Since the end of the 90s, Thai cinema has been building up international presence. Before then, the Cinema of Thailand was really at the bottom of the barrel and nobody paid attention to it. But with the emergence of a new breed of young filmmakers, both artistically and intellectually more audacious, the national film industry enjoyed a prosperous development. Directors like Apichatpong Weerasethakul (Uncle Boonmee Who Can Recall his Past Lives, 2010) – he also goes by the name of “Joe” – and Pen-Ek Ratanaruang (Last Life in the Universe), have helped Thailand contribute substantially to the international film scene for the past 15 years. Being part of the so-called new wave in Thai Cinema at the turn of the century, they created a logical gateway for the flourishing of Thai Independent Film. Many new artists have come on the scene to try and experiment, and to express their own voice, in whatever way befits them best.

By giving you a list of the most interesting Thai films of the decade so far, this article should serve as a perfect introductory to Thai Independent and Contemporary Cinema for beginners. 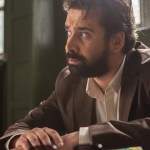 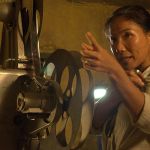