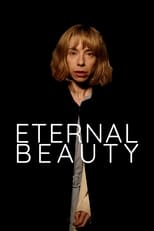 Director Craig Roberts CastSally Hawkins, Alice Lowe & David ThewlisRelease TBA Synopsis Eternal Beauty is a romantic drama film, written and directed by Craig Roberts. It stars Sally Hawkins, David Thewlis, Billie Piper, Penelope Wilton, Alice Lowe and Robert Aramayo. It is a story about Jane (Hawkins) who falls into a state of despair because of her schizophrenia. She encounters love in unusual places and develops a zest for life with amazing results. Creating a highly unusual and welcome depiction at schizophrenics that neither demonizes those affected nor patronizes them as suffering martyrs. To Roberts’ credit, his script built up a robust narrative and does not just feel like something out of a psychology book. Eternal Beauty is directed by Craig Roberts and was released on TBA.

Where can you stream Eternal Beauty: Not yet streaming online