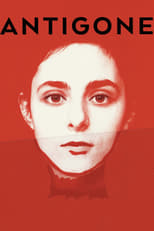 Director Sophie Deraspe CastNahéma Ricci, Nour Belkhiria & Rawad El-ZeinRelease Aug 27th, 2020 Synopsis Antigone is a 2019 Canadian drama film, directed by Sophie Deraspe. It is an adaptation of the ancient Greek play of the same name by Sophocles. The film transposes the story to a modern-day setting focusing on an immigrant family in Montreal. The film stars Nahéma Ricci as Antigone, with Rawad El-Zein, Hakim Brahimi, Rachida Oussaada, and Nour Belkhiria. All of them are novices as Deraspe wanted cast. The film won the Toronto International Film Festival Award for Best Canadian Film. Antigone was also selected as Canada's entry for the Best International Feature Film at the 92nd Academy Awards, but it was not nominated. Antigone is directed by Sophie Deraspe and was released on Aug 27th, 2020.

Where can you stream Antigone: