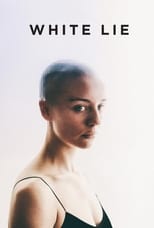 Director Yonah Lewis, Calvin Thomas CastKacey Rohl, Amber Anderson & Martin DonovanRelease Jan 5th, 2021 Synopsis White Lie is a 2019 Canadian drama film written and directed by Yonah Lewis and Calvin Thomas. The film stars Kacey Rohl as Katie Arneson, a university student who pretends to have cancer for the attention andprofit and as such, has to put a lot of effort to maintain her lie which is not easy. White Lie is a compelling character study of a desperate needy protagonist put in a dilemma she put herself into. Very kinetic, it passes as a small-scale psychological thriller. It premiered at the 2019 Toronto International Film Festival and had its international premiere at the 24th Busan International Film Festival. White Lie is directed by Yonah Lewis, Calvin Thomas and was released on Jan 5th, 2021.

Where can you stream White Lie: Not yet streaming online DVD/Bluray via Amazon