2021, 2020, 2019 & the 2010's best rated Dutch TV series out on DVD, Bluray or streaming on VOD (Netflix, Amazon Prime & Hulu).
The Dutch can act, direct, sing and write, but somehow their television series are not a succesful export product. Below, an overwiew of the best television series of The Netherlands.
PreviousPreviousNextNext 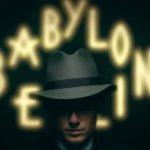