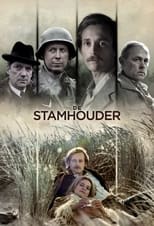 CastMatthijs van de Sande Bakhuyzen, Sallie Harmsen & Robert de HoogNetwork AVROTROS Air Date Jan 1st, 2023 The story of Alexander Münninghoff who is forced to dive into his dark family Nazi-history when convincing the love of his life Ellen to stay with him.

Where can you stream De Stamhouder? DVD/Bluray via Amazon