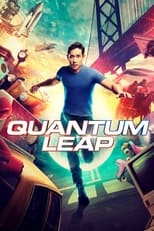 CreatorDonald P. BellisarioCastRaymond Lee, Caitlin Bassett & Mason Alexander ParkNetwork NBC Air Date Sep 19th, 2022 It's been 27 years since Dr. Sam Beckett stepped into the Quantum Leap accelerator and vanished. Now a new team has been assembled to restart the project in the hopes of understanding the mysteries behind the machine and the man who created it.

Dr. Ben Song, lead physicist of the top-secret government time-travel program known as Quantum Leap, makes an unauthorized leap into the past,...

Where can you stream Quantum Leap? DVD/Bluray via Amazon