2020, 2019, 2018 & the 2010's best rated German TV series out on DVD, Bluray or streaming on VOD (Netflix, Amazon Prime & Hulu).
Germany has a very rich cinema culture, which should mean that good German series aren’t hard to find. Good shows have been made indeed, yet somehow the Germans keep their series mostly to themselves. Here’s what’s interesting.
PreviousPreviousNextNext 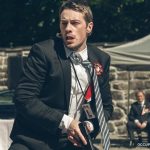 Best German popular culture
Best New TV Shows on Netflix, Amazon Prime & Hulu in 2021 & 2020 by Genre - Originals > Best new European television series in 2021 – Netflix, Prime, Hulu & TV > Best new German TV Shows in 2021 & 2020 (Netflix, Prime, Hulu & TV List)
We use cookies to ensure that we give you the best experience on our website. If you continue to use this site we will assume that you are happy with it.Ok