List of the latest Dutch movies in 2023 and the best Dutch movies of 2022 & the 2010's. Top Dutch movies to watch on Netflix, Hulu, Amazon Prime, Disney+ & other Streaming services, out on DVD/Blu-ray or in cinema's right now.

2022, 2021, 2020, 2019, 2018 and the 2010's best rated Dutch movies out on DVD, Bluray or streaming on VOD (Netflix, Amazon Prime, Hulu, Disney+ & More).
- Best Dutch TV Series out in 2023 & 2022 on Netflix & on TV Related: Best new Danish Movies in 2023 & 2022 (Netflix, Prime, Hulu & Cinema List) Unfortunately, The Netherlands is no exception to when it comes to favoring popular – low quality -> high feel-good/sentimental value – films over decent cinema. When putting together my best Dutch films of the 2010's list, and later topping it up with a general top 10 of essential Dutch films released in the 10’s, I could not help but noticing how all the wrong films were receiving all of our national media’s attention. Without a certain mediagenic feature, a new film, however artistically brilliant, has no chance of getting the coverage it deserves. This mediagenic feature I’m talking about means either one of the following three things in the Netherlands: a film either (1) deals in a superficial manner with a social issue (think of the harassment of ambulance personnel in Doodslag (2012)), generating much public debate and giving talkshow hosts like Matthijs van Nieuwkerk orgasms, or (2) stars famous Dutch celebrities, like TV hosts, comedians and as of late especially singers (think of Jan Smit’s lead in role in the war drama Het Bombardement (2012)). Or (3), the film is based on popular juicy Dutch books (think of Er komt een vrouw bij de dokter (2009) or De gelukkige huisvrouw (2010)). There is nothing particularly wrong with this, if it was not so that really terrific Dutch films get initially overlooked, and consequently get less views when they play in cinema’s. This year was a particularly good year for Dutch film in theaters across the Netherlands, for all films except for Dutch art house films. Fortunately, once the actual Dutch gems get picked up abroad, our media is usually quick to join in on the celebrations. Here I have made a selection of such great Dutch films, the ones that are innovative and go beyond just giving into trends and the contemporary public’s desires – i.e. the essential modern Dutch classics you must see. 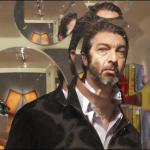 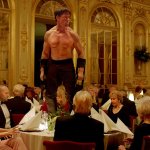