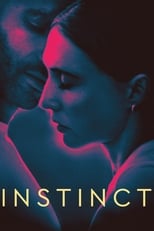 Director Halina Reijn CastCarice van Houten, Marwan Kenzari & Marie-Mae van ZuilenRelease Oct 3rd, 2019 Synopsis This 2019 Dutch drama film is directed by Halina Reijn and stars Carice van Houten, Marwan Kenzari and Marie-Mae van Zuilen. It is about a prison psychiatrist who becomes obsessed with her charismatic patient, a violent serial rapist who is about to be paroled. It was screened in the Contemporary World Cinema section at the 2019 Toronto International Film Festival. This begs the question ― Can a convicted sex offender and his female therapist keep things professional? It was selected as the Dutch entry for the Best International Feature Film at the 92nd Academy Awards, but it was not nominated. Instinct is directed by Halina Reijn and was released on Oct 3rd, 2019.

Where can you stream Instinct: Not yet streaming online