2021, 2020, 2019 & the 2010's best rated zombie TV series out on DVD, Bluray or streaming on VOD (Netflix, Amazon Prime & Hulu).
The one series that proved that zombies can endure a television show, is The Walking Dead of course. Below, you’ll find the best shows with the living dead.
PreviousPreviousNextNext 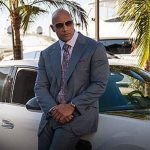