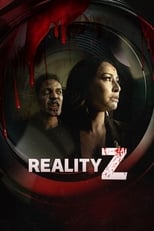 CreatorCláudio TorresCastRavel AndradeNetwork Netflix Air Date Jun 10th, 2020 Reality Z is an upcoming Brazilian comedy horror web television series based on the British series Dead Set and set to premiere on Netflix. A zombie apocalypse that imprisons participants and producers of a reality show called Olimpo, The House of the Gods.

Where can you stream Reality Z? DVD/Bluray via Amazon

On 2020-06-10 Sci-Fi & Fantasy TV Series Reality Z first aired on Netflix. Written and created by Cláudio Torres & João Costa, and produced by Conspiração Filmes, Reality Z will return and was last broadcasted on 2020-06-10.
IMDb Rating: 5.3/10 Reality Z Official page on NetflixAll Seasons: 1 All Episodes: 10 Average Episode length: 30 minutes Seasons Season 1 - 2020-06-10 with 10 Episodes
Welcome To HMP Belmarsh With Ross Kemp
New Eden
We use cookies to ensure that we give you the best experience on our website. If you continue to use this site we will assume that you are happy with it.Ok