2021, 2020, 2019, 2018 and the 2010's best rated western movies out on DVD, Bluray or streaming on VOD (Netflix, Amazon Prime, Hulu, Disney+ & More).
Related: Best new War & Military movies in 2022 & 2021 (Netflix, Prime, Hulu & Cinema List) Whoever thinks that the Western is long dead, is terribly wrong. Indeed, the genre is more alive than it has been for decades. It is no longer only Clint Eastwood who runs the game, it has become a genre with many new players, and with many new innovative plays on the genre. Comedies have realized the potential of the almost silly seriousness of these tough cowboys, and even horror filmmakers see opportunities for scary stuff taking place in the dusty Wild West. But we mainly see an increase in modern & slick genre films that feel like old-fashioned Westerns with shoot-outs and saloons, but feel undeniably new, and are perhaps a little bloodier and more violent (The Hateful Eight, Brimstone). From Tarantino to the Coen Brothers, we picked the very best neo-westerns of the last couple of years. In the 2010's, the Golden Days of the Western Film have long been gone. Back in the days, certain directors were specialized in making them, most notable John Ford, Sergio Leone and Sam Peckinpah. You don’t find this kind of highly specialized directors anymore. At its best, a modern Western film in 2014 is something a director, for once in his career, gives a shot at; a style exercise so to say. There’s often a strong hint of irony in these films. Everyone’s familiar with the archetypes of the genre, so let’s just blend in as many of these elements and then we’ll have nice piece of pastiche cinema!

In 1950 Hollywood produced over a 130 Western films. In 1960 not even 30. The film genre’s popularity decreased, which was largely the result of the rise of the Western TV series like Bonanza, Rawhide, Gunsmoke and The Rifle Man. They kept the audiences away from the cinemas and glued to their tubes. The genre as people knew it became worn out. Then Revisionist Western film makers like Sam Peckinpah and Alejandro Jodorowsky revitalized the genre. Their films didn’t just depict the white men as good and the Indians as evil and challenged the genre’s fixed aesthetics, to put it bluntly.

Some say the Western Film has been dead for quite some time now. That is not true, although, admittedly, pretty much of what happens today is indeed retro and pastiche. Or postmodern if you wish, that obnoxious, inevitable term. Well, what follows are the best Westerns of the 2010’s according to us. 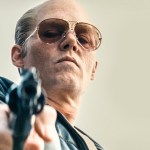 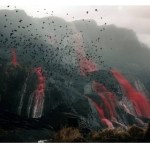