Brandon Colvin’s debut film,  Frames (2012), an interesting little shocker, was selected as the best feature of 2013 on NoBudge and we can see why. It is about a guy who makes a film about his boring neighborhood,  but during the filmmaking process discovers, Rear Window-style, that something is up at his friend’s house. He stumbles upon a disquieting mystery… The ending grabs you by the throat.

His new film Sabbatical (2014), starring Robert Longstreet and Kentucker Audley, also written and produced by Colvin, will have its world premiere this Friday, April 4 at the 2014 Wisconsin Film Festival. We, at The Filmtranstion, already got our hands on it, and have written a modest review.

A middle aged guy Ben, played by Robert Longstreet, who you could recognize from films such as Pineapple Express (2008), Take Shelter (2011) and This Is Martin Bonner (2013), visits his rural hometown to take care of his mother, who recently suffered a stroke. We witness and experience his uncomfortable interactions with family and old friends. Over the years they have become different people and connecting has grown difficult. Ben has a particularly somber feel to him, and his bleak mannerisms inform the tone of the film. It is a slow-paced drama, driven by the inner, hardly noticeable, struggles of Ben.

As Colvin himself describes, the film is “an experiment in minimalist narrative and rigorous form” and his attempt to bring to life the atmosphere of Vilhelm Hammershøi paintings, was quite successful. Like Jim Jarmusch uses music, Colvin gets his inspiration from paintings. Also clearly a fan of the contemplative, static realist cinema of Bresson, Antonioni, Tsai, Dreyer, Kaurismaki, etc., Colvin finds pleasure in exploiting long takes and awkward silences to the maximum in both of his films. Never becoming dreary, the takes feel authentic and are mostly beautiful shot, but he has to watch out for it not becoming a gimmick in his next films. It comes dangerously close to portraying a reality which can only be found in certain art films, (Ida (2013) is an example of this), giving it a slightly forced sense of naturalism. The film does have interesting, recognizable little details, like the protagonist’s vain effort to fix his mom’s television and his superficial small talk going nowhere.

On his blog he says that his “dream is to do what filmmakers like Eric Rohmer, Claude Chabrol, Hong Sang-soo, Yasujiro Ozu — even Joe Swanberg — have done: ‘make small films according to [his] own aesthetic with consistent collaborators (even a steady troupe of actors) as frequently as possible.” This goal is something we, at The Filmtransition, can only enthusiastically support, and we will certainly hold an eye on what he’s up to next. I would classify him under the mumblecore movement, even though he never mentions the trademark. He must be aware it has already become quite a dirty label, with some people going as far as to shamelessly exploit the term to market their own projects.

Kentucker Audley, founder of NoBudge, who portrays Ben’s brother, is also a great refreshing filmmaker in real life (Open Five 1 & 2, 2010 & 2012). He also gets associated with mumblecore because of his collaborations with, amongst other, Joe Swanberg (The Zone, 2011 and Marriage Material, 2012) and Amy Seimetz (Sun Don’t Shine, 2012). A while ago, his sarcastic little online petition stunt to “Stop making indie films!” spread some mayhem in ‘indieland’.  Kentucker clearly has become quite a fan of Colvin’s Frames, as his raving review and his support by taking up a part in Brandon’s new film demonstrates. And there is some sense to it, it’s a remarkable film to say the least.

If you see this little charming film play at your local film festival, I kindly address you to go see it! 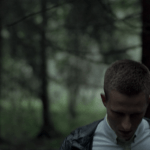