These are the ten best young independent filmmakers you will have to watch out for!. With 40 years of age set as the maximum age, a couple of promising directors sadly did not make the list: Rick Alverson, Harmony Korine, Noah Baumbach, Paul Thomas Anderson, Ulrich Seidl, Sion Sono, Apichatpong Weerasethakul, Carlos Reygadas, etc. but most of them are luckily already quite famous. As you will see, the list is comprised of only 3 young American directors, indicating that international talent is on the rise – European and Canadian directors, and 1 South-American director make up the rest of the list. The most interesting modern Asian directors are over 40.

First a professional skater, later a filmmaker, Joachim Trier came from a Norwegian filmmaking family. Aside from his mother and grandfather, who both were directors, he even has revolutionary, Danish filmmaker Lars von Trier as a distant cousin.
Trier’s debut, Reprise (2006), about two aspiring writers of which one succeeds and the other not, is really lovely and contains besides good music, a lot of Resnais’ Marienbad (1959) playfulness with memory and point of view.

His masterpiece and must-see film is Oslo, August 31st (2011). It’s about a wandering guy who doesn’t know what to do with his life, save for ending it. Based on the same book as Le Feu Follet (Louis Malle, 1963), it’s even better than that classic in my opinion.

And fortunately his previously aborted project Louder Than Bombs (2015), starring Jesse Eisenberg, Isabelle Huppert & Gabriel Byrne, will see the light of day after all. That we are looking forward is the least we could say. 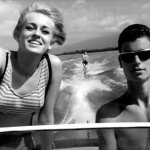