Anna Odell is a Swedish artist looking for friction. And in Återträffen she finds plenty of it, and as a consequence it is probably one of the best bullying-themed films of 2013/2014. Interestingly enough, her play with social tensions already comes to its Festen-like climax in the very beginning, leaving the rest of the film to function as a sort of long epilogue reflecting on what happened in the first 30 minutes. It remains intriguing throughout, but from this structure follows an entirely different cinema experience. One that might be off-putting to some. It is clear that she is an artist first (famous in Sweden for faking a psychosis), a director second. So perhaps it is not the best of films, but its premise is interesting enough to make up for it.

I had not really researched the film properly before watching it, so I was lucky to be surprised by the turn of events. SPOILERS HERE. The film immediately kicks off with Anna Odell, playing a version of herself as Anna Odell, who goes to a class reunion to confront bullies, people who allowed for the bullying, and people who simply ignored her, from her high school years. In a speech she tells them what she was unable to say when she was young and vulnerable. And she does this without holding back. She lays bare the socially painful truths. How they ignored her, excluded her, and worst off all, several times made her believe a boy was in love with her only to bully her with it later. All they can say in defense, an argumentation that will be repeated throughout the film, is that they ‘were only stupid kids’. To which she replies, ‘So was I’. What is truly fascinating to see is how it infuriates them that Anna persists in confronting them, not allowing them to nostalgically look back on innocent times. It infuriates them so much that they rather quickly get physical and throw her out. That is what happens when you mess with social conventions. That is what you get for going against the group. Bringing up socially uncomfortable memories is just not done.

It then turns out that what have seen so far was a film itself. Anna Odell was never invited to her own class reunion. And now that she is a successful and famous artist she decided to stage what it would have been like if she would have gone. And if she would have confronted them.To bring up something that you are not supposed to bring up anymore. And in this film she could go even further than she ever would have done in real life. As a social art project Anna now wants to show this film to her classmates. She sets up (with great difficulty) meetings with old classmates to give a private screening of the film and then talk about it. The rest of the film, shows with great honesty and without much sentimentalism or sensationalism, how they respond. Often they make excuses for themselves or refuse to believe that they are the person Anna is making them out to be. On her part, Anna accuses them of what they did with great detachment, almost objectively analyzing the reasons for behaving the way they did. She analyzes the group dynamic and the social hierarchy. In the end, no real solution is found, as there probably is none.

The end result of the film is difficult to pin down. It is almost like the principle of the mockumentary turned inside out. It is a film which actually is a documentary, but with the feel of a film. In this sense it also reminds me of my favorite Norwegian film of 2012, Som du Ser Meg, which also first formulates social frictions to then see represented in film. Both films are very articulate about what they are trying to achieve. This  is not a bad thing, but leaves less to the imagination of the viewer, but it is a kind of cinema I like. I do feel that Som Du Ser Meg, for instance, was better in its execution and displayed more subtlety  All in all, if you are interested in social dilemma oriented art projects, you should definitely go see it. Also, if you want to see films exposing the depth behind bullying, this might be one of te best films about bullying of 2013 and 2014.

Here is a trailer of The Reunion. Unfortunately it is still without English subtitles. 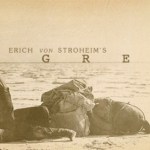