2021, 2020, 2019 & the 2010's best rated Japanese TV series out on DVD, Bluray or streaming on VOD (Netflix, Amazon Prime & Hulu).
‘J Drama’ isn’t a genre for everyone. It’s soapy, kitschy, to say the least, just like its South-Korean counterpart. Still, a fun pool to dive into if you’re in for something else. Below you’ll find our selection of the best Japanese television series.
PreviousPreviousNextNext 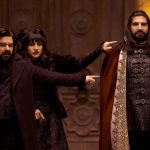 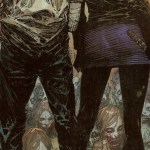