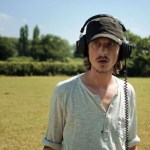 Best horror-themed popular culture
Best New TV Shows on Netflix, Amazon Prime & Hulu in 2020 by Genre - Originals > Best new Vampire TV Shows in 2021 & 2020 (Netflix, Prime, Hulu & TV List)
We use cookies to ensure that we give you the best experience on our website. If you continue to use this site we will assume that you are happy with it.Ok